Skip to main content. Log In Sign Up. Application of a ghost fluid approach for a thermal lattice Boltzmann method. In this paper, a ghost fluid GF method is utilized to propose a numerical approach to Received 10 September enhance the capability of thermal lattice Boltzmann method TLBM in dealing with com- Received in revised form 19 April plex geometries.

A ghost fluid approach is imposed on a double-population thermal lattice Accepted 23 April Boltzmann method. A Cartesian grid handles the flow and the boundaries are imposed by a Available online 23 May ghost fluid approach. The essence of this method is to decompose the unknown distribu- tion functions into equilibrium and non-equilibrium parts at each ghost points.

The non- equilibrium parts are then determined by using the Fluid flow bounce-back scheme. The method is relatively easy to apply, and second order accurate. Heat transfer There is no need to modify the original governing equations, and both Dirichlet and Neu- Complex geometry mann boundary conditions can be handled.

The method is applied to Couette flow between two concentric circular cylinders, natural convection in a square cavity, natural convection in an annulus, and a forced convection in a lid-driven semi-circular cavity. The results obtained are generally in good agreement with that predicted by other theoretical and numerical efforts. Introduction The lattice Boltzmann method LBM [1—3] has been used in recent years as a viable alternative to conventional compu- tational fluid dynamics CFD.

Unlike standard numerical methods, which are based on the discretization of macroscopic governing equations, the LBM is based on mesoscopic kinetic equations, which represent characteristics of flow due to the evolution of a single particle velocity distribution. The LBM is easy to implement, numerically stable, computationally efficient, highly accurate and straight forward for parallelization.

In general, current lattice Boltzmann methods for thermal flows can be classified into three categories: The multispeed models suffer from intense numerical instability, and can be used for a narrow temperature range.

In the multispeed approach, only the density distribution function is used, but the internal energy equation is derived using separate discrete veloci- ties. This model has a better numerical stability compared with the multi-speed model but the viscous dis- sipation and compression pbm done by the pressure are neglected. The double population model introduced by He et al. In addition, the viscous dissipation term and the compression work done by pressure have been lbj into account in this model.

However, due to the contribution of a complicated gradient operator term in the thermal lattice Boltzmann equation TLBE the implementation of this technique is not easy. So far, several approaches have been proposed to implement thermal boundary condi- tions for the TLBE [18—20]. However, due to some limitations in the standard LBM e. To alleviate such diffi- culties, several attempts have been made [21]. Later, this method was improved by Mei et al.

A non-equilibrium distribution extrapolation approach was presented by Guo et al. Verschaeve [26] devel- oped a curved no-slip boundary condition for the LBM based on a reformation of the populations from the velocity, den- sity and the strain rate. On the other hand, the immersed boundary method IBM [27] has been utilized as another appropriate approach to han- dle fluid flows with complex geometries via the LBM [28—31]. In this approach, a local force is determined to enforce the effect of the wall on the fluid.

Wu and Shu [31] proposed an 21 velocity correction-based IBLBM which implic- itly satisfies the no-slip boundary condition by considering an unknown velocity correction vector at each boundary points. As another flexible approach, Tiwari and Vanka [32] used the ghost fluid method GFM to simulate the fluid flow with complex geometries. In this method, the density distribution function is decomposed into equilibrium and non- equilibrium parts and then the unknown values at the ghost points e.

In general, the GFM has been introduced by Fedkiw et pbm. The major appealing char- acteristics of the GFM are its easy implementation, its ease of extension to multi-dimensions and its preservation of a sharp interface without smearing. Pan [35] developed a GFM to simulate heat transfer phenomenon for incompressible flow over bodies with complex geometries. The work of Huang et lmb. 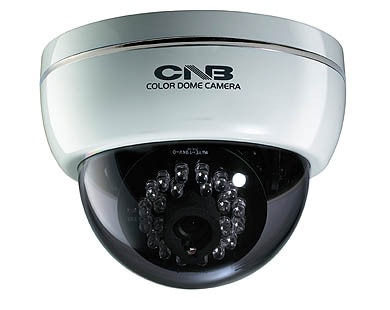 Their method is based on the idea of Guo et al. In this method, the distribution at a curved wall node has been decomposed into its equilibrium part and non- equilibrium part. The equilibrium part is determined using the values enforced by the boundary condition, and the non- equilibrium part is estimated by the first order extrapolation from the fluid nodes. Their results show a second order accuracy for the method. However, this approach suffers from defects such as instability and arbitrariness in selecting the related parameters [14,39].

Furthermore, the implementation of this tech- nique is further complicated using the complex double-population model [14].

They adopted the sharp interface scheme based on second-order bilinear and linear interpolations, and used two thermal LB models: In this paper, the ghost fluid method presented by Chaudhuri et al.

Our approach is generally based on interpolation-extrapolation methodology using ghost fluid method and without using the forcing concept unlike direct forcing IBM.

This method benefits from features such as generality, and second-order accuracy. The outline of the paper is as follows: In Section 2, the ghost fluid thermal lattice Boltzmann model is introduced. To validate the method, various heat transfer prob- lems have been simulated.

These results are compared with those of analytical solutions and of other numerical approaches in Section 3. Finally, a brief conclusion is given in Section 4. Thermal ghost fluid lattice Boltzmann method 2.

These equations solve the flow and temperature fields respectively, and can be expressed as [39]: In addi- tion, the discrete forcing term, Fi, and the energy source, Qi, take the following forms: In the present model, the density and internal energy equilibrium distribution functions, i.

Since only two- Fig.

Lattice links for the D2Q9 lattice Boltzmann model. Moreover, the weighting coefficient, wifor the D2Q9 model is: In the LBM, the solution of Eqs.

Accordingly, these equa- tions may be restated as: Then, after experiencing the effect of the external forcing term and the energy source during the intermediate step, each particle goes along its related lattice links towards the neighbor nodes to complete the streaming process. Macroscopic quantities such as the density, q, fluid velocity, u, and the internal energy, e, can then be evaluated in terms of the particle distribution functions by: Further- more, since no energy source is considered here, the last term in the right-hand side of Eq.

Schematic illustration of the immersed boundary treatment: Ghost fluid approach In the present study, the ghost-cell finite difference method presented in [36] has been adopted and summarized as fol- lows. A schematic diagram of the ghost point arrangement is illustrated in Fig.

The fluid nodes FPs are located in the physical domain while the ghost points GPs are located within the body points BPs in the vicinity of the fluid—solid interface.

The practical ghost-fluid treatment includes two main steps. The first step is to determine a list of ghost points in the whole domain. This list must contain any node belonging to solid domain which has at least one joint link with any interior fluid node. In the second step, all variables needed to determine the distribution function for all ghost points within the list must be obtained. The proce- dure is as follows: For each ghost point GP an image point IP should be determined.

For this purpose, from each GP, the boundary inter- cept BI is defined by extending a line segment normal to the nearest boundary segment.

Then, the image point IP is obtained inside the fluid domain by mirroring the line with respect to the boundary profile by stretching the line into the fluid domain such that the boundary intercept is halfway between the ghost point and the image point Fig. The major flow variables at each IP are then interpolated. There are various interpolation techniques.

Here, following the study of Chaudhuri et al. For the former case, following the definition of the coefficient akthe contribution of the points belonging to the solid domain are automatically excluded from the interpolation. Lmb point here is that the outer planar boundaries are located at the halfway between two grid lines, for convenience. This treatment causes the IPs to be coinciding with the first grid points adjacent to the outer boundaries.

Therefore, the interpolation requirement for the estimation of major flow variables at IPs is eliminated.

However, for a corner point, our strategy is to average over the main quantity values at the two neighboring GPs joined to the corner point see step 3 in the following and associate the values to this point. Ultimately, to properly impose the hydrodynamic or thermal boundary conditions for the fluid—solid interface, the major flow variables at the IPs should be extrapolated to the corresponding GPs.

For a Dirichlet boundary condition, the extrap- olation obeys the following straightforward second order relation: Combination the thermal lattice Boltzmann method and the ghost fluid approach A critical subject in LBM is how to specify the unknown values at the points belonging to the solid domain and at the vicinity of the interface to accurately satisfy boundary conditions.

21w ultimate necessity, here, is to estimate the density and energy distribution functions at the GPs using the data ob- tained by interpolation pbm mentioned in the previous Subsection. Here, to overcome this issue, the non-equilibrium bounce-back scheme [15] is adopted as the boundary condition for both flow and thermal boundary conditions to calculate the unknown distribution functions at each GP.

The figure also indicates the imposed boundary conditions and the related geometrical locations. It is worth 21e point out that the following algorithm is numerically implemented in order to perform all the mentioned simulations: